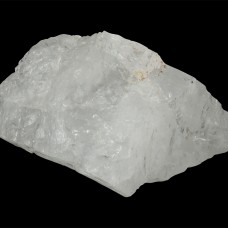 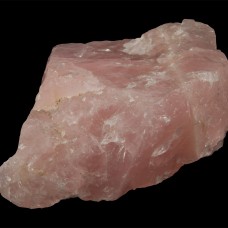 Quartz pink rock crystal
NB: All references, key facts, and figures in this section are only applicable for electrically-fused GE Quartz material produced by Momentive Performance Material (eg. GE214). However, the principles are also applicable to Quartz Glass from other producers, and the figures will be in a similar range as long as the sand source is the same.

Why is purity important in Quartz Glass?

The unique properties of fused Quartz are determined by either the chemical makeup (the Si-O bond) or by its microstructure:

What are the key points regarding high temperature resistance of Quartz?

What are the key points regarding good UV and IR transmission of Quartz? 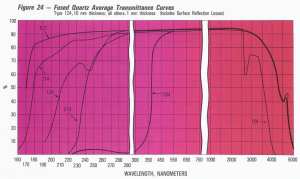 What are the key points regarding low reactivity of Quartz?

How is Quartz produced?

The complexity of the process is in 1) achieving the purity of the starting SiO2 sand, and in 2) managing the hot zone of the drawing tower to control critical parameters and to ensure consistency and quality.

In addition to the raw material, Quartz Glass is distinguished by the production method. There are three established process groups that further define the properties of the Quartz Glass:

For more information about the general properties of Quartz, further technical details, and some useful tools, please refer to the following websites:

Enterprise Q Ltd is a leading European fabricator and distributor of industrial and scientific Quartz Glass products headquartered in a purpose-built glass-blowing facility in Manchester, UK. Established in 1996, Enterprise Q Ltd has built up a strong reputation for quality, flexibility & reliability, while continuing to develop innovative new fabrication methods and product improvements for our customers.